Antarctica is a nature lover’s dream travel destination. It’s a place that is full of stunning landscapes and sea ice formations. But, what makes people come from all over the world is the frozen continent’s diverse and unique wildlife. What animals can you see in Antarctica?

Antarctica is one of the toughest places on earth – It’s cold, windy and dry. Despite these rough conditions, several species have found a way to adapt to the environment and thrive here.

One of our big goals here at The Adventure Junkies is to show you the beauty of our planet. In this article, we’ll show you some of the animals you may encounter if you dare to take a journey to the white continent. 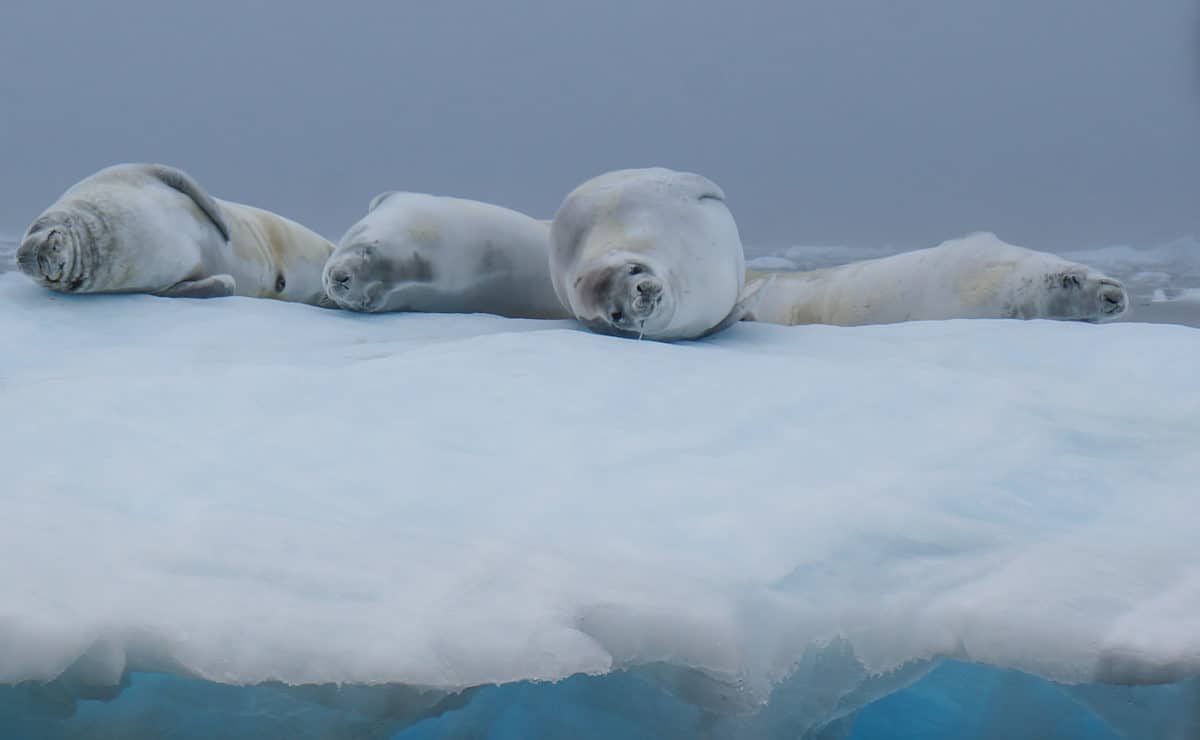 WHAT ANIMALS CAN YOU SEE IN ANTARCTICA?

These furry guys are cute and fun to watch as they waddle around in the snow. The Southern Hemisphere is home to all penguins. Out of the 17 species of penguins in the world only 4 of these live and nest on the Antarctic Continent. These true Antarctica species are the Adélie, Chinstrap, Gentoo, Emperor Penguin.

If you visit the Antarctic Peninsula you are likely to see all of these penguins except for the Emperor. Emperors live further south than where your cruise ship will visit, where there is more sea-ice.

You can see Right, Blue, Sei, Humpback, Minke, Fin, Sperm and Orcas in Antarctica. There are a few other species of whales as well, but they are very rare so you are unlikely to encounter them.

Next to penguins, seals are one of the most common wildlife you’ll encounter if you visit the Antarctic Peninsula. There are six different species of seals that live in Antarctica – Weddell, Ross, Leopard, Southern Elephant, Fur and Crabeater Seals. The Elephant Seal is the largest and can weigh up to 8,818 lb (4,000 kg)! They are a lot of fun to watch as they laze around on floating sea ice and play with one another.

Over 100 million birds come to the rocky Antarctic coastline and offshore islands each spring to breed. Some of the most common species are the Arctic Tern, Giant petrel, Blue Eyed Shag, Antarctic Skua, Snow Petrel and Wandering Albatross. 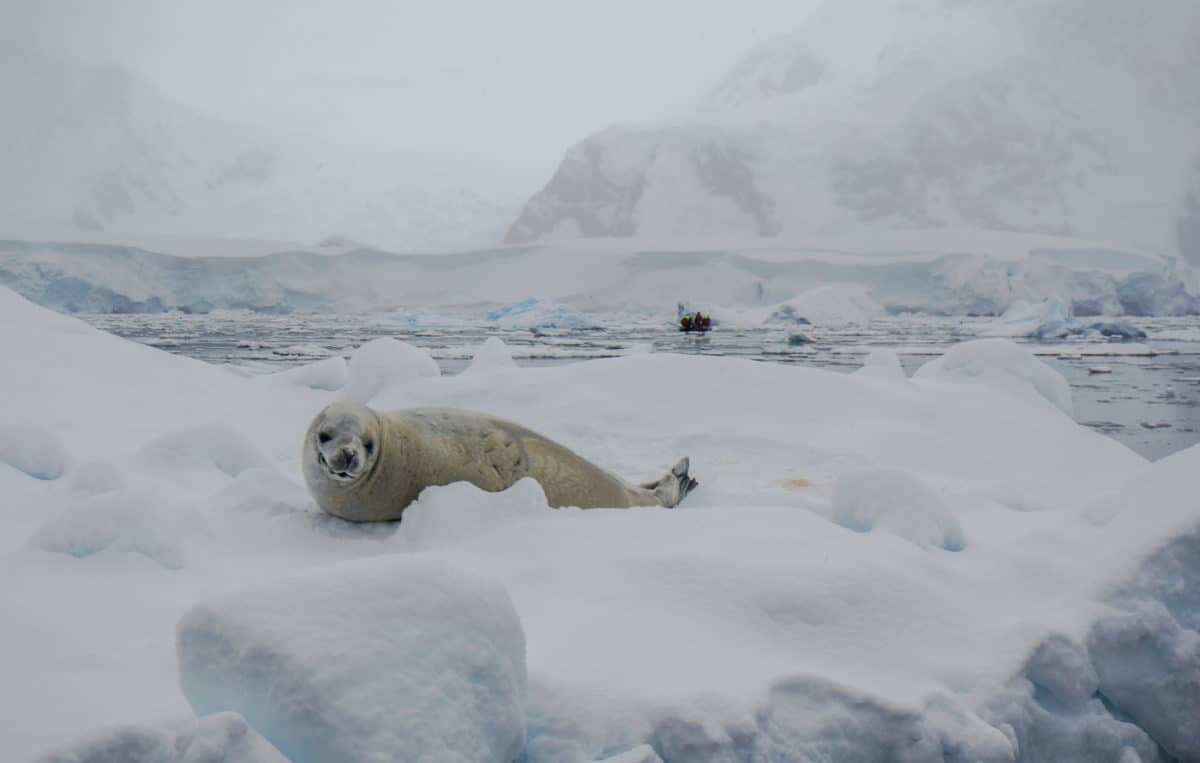 WHEN IS THE BEST TIME OF THE YEAR TO SEE WILDLIFE IN ANTARCTICA?

Tourists are able to visit Antarctica from November to the end of March. If you love wildlife, you should plan your trip according to what you’d like to see.

NOVEMBER: The best month to watch penguins mating. If you come at the end of the month, you’ll see nests full of eggs. Typically, there are not as many whales during this time compared to later in the season.

DECEMBER – EARLY FEBRUARY: This is the best month to see penguins hatching.

MID FEBRUARY – MARCH: The best time to spot whales. Penguin chicks are quite large. Adult penguins tend to malt (grow new feathers) during this time. Because of this, they tend to be less active because they are conserving energy and warmth.