Do you want to know what are the best hikes in Central America?  You’ve come to the right place!

Hikers will love Central America for its diversity and uncrowded trails. While its neighbour South America steals the fame for epic treks, Central America offers plenty of opportunities to enjoy nature and soak in landscapes. There’s tropical rainforest filled with hundreds of species of wildlife. There’s lakes and volcanoes. You can even climb a volcano that’s in the middle of a lake!

Here’s 10 of the best hiking in Central America that will give you a unique perspective of this region of the world. 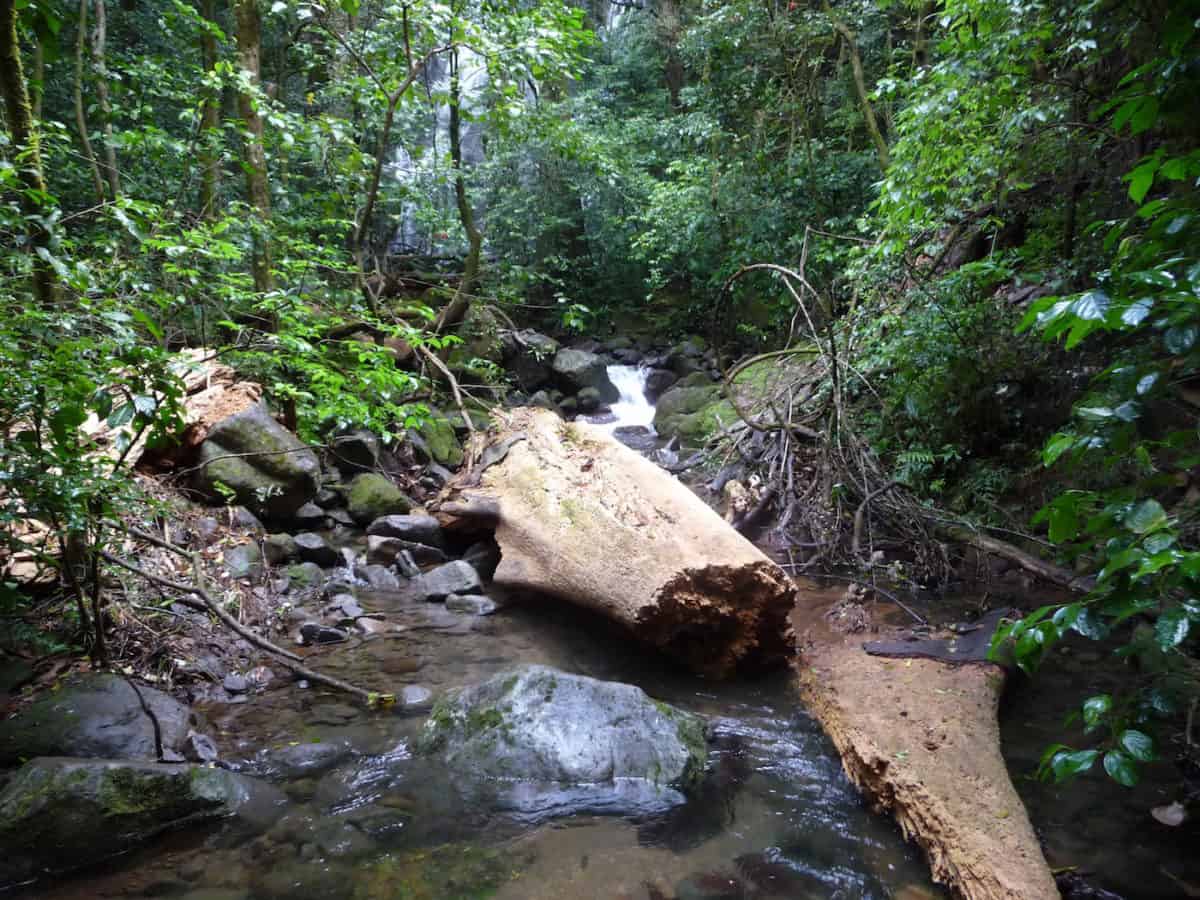 Rincon de la Vieja is a huge active volcano with 9 craters. It’s located in a national park in the Guanacaste region of Costa Rica. As you walk through lust tropical forests you’ll come across hot springs, mud pots, waterfalls and steam vents. There’s also a huge variety of plant and wildlife to be seen along this trail. Capuchin, howler, and spider monkeys along with armadillo and peccary are often seen. The 10 miles (16 km) return crater trail takes you to the summit of the volcano where you can soak in the panoramic view. On a very clear day there are chances of seeing both the Caribbean Sea and the Pacific Ocean. For the best views, go between December and April. 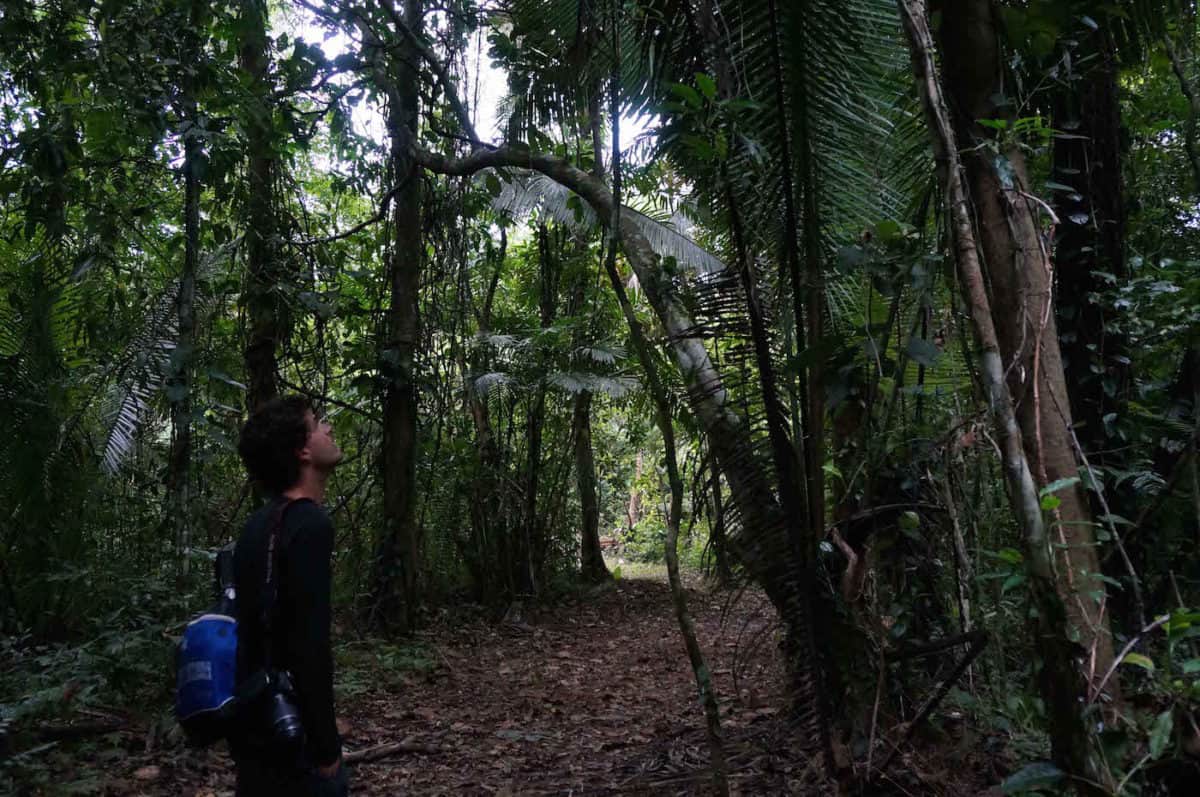 In Belize, you have the opportunity to hike in the world’s only jaguar reserve, The Cockscomb Basin Wildlife Sanctuary. There are several trails around the reserve where you have chances of spotting wildlife. If the idea of coming face to face with a feline predator in the wild makes you sweat, don’t worry, jaguars are a bunch scaredy cats! So what can you see? There are other possible cat sightings such as Puma, Ocelot, Jaguarundi and Margay. Other jungle animals living in the basin are Peccary, Paca, Brocket Deer, Tayra and Otter. Birdwatchers will be in paradise with over 300 species to try to spot. 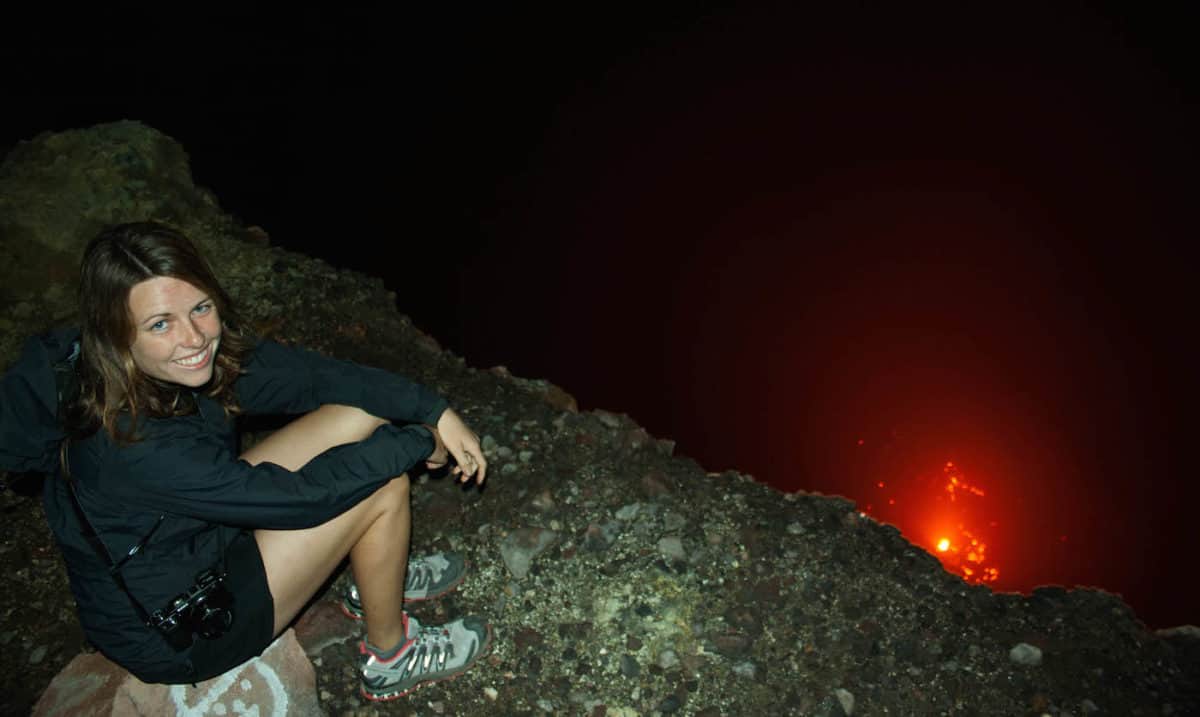 If you want to look into the core of the Earth, this trek is for you. This trail takes you the edge of the Telica Volcano – literally. There’s no guard rail here, so get as close as you dare to the crater of one of Nicaragua’s most active volcanoes. You can even camp out at the base. This option lets you see the crater at night, which is the most impressive time to see the red hot lava glow as it spews out of the earth. You’ll also snap one cool picture in the morning of your tent with a giant steaming volcano in the background! 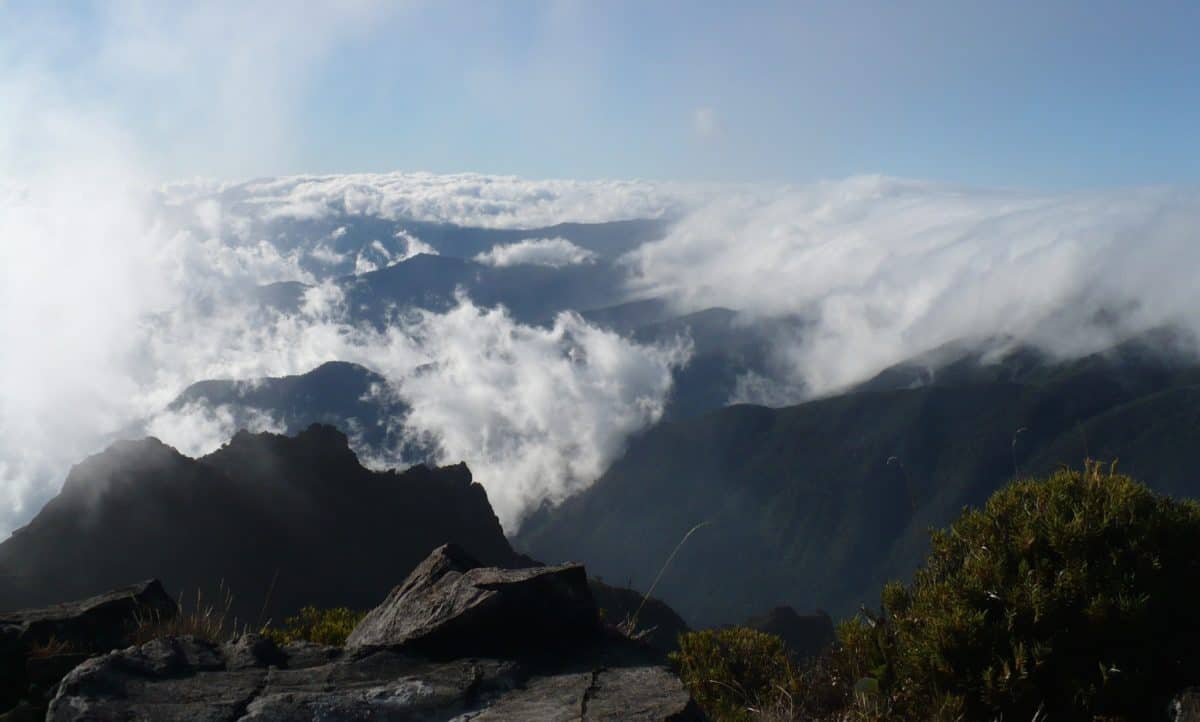 This is a challenging 2 day hike that reaches the summit of Cerro Chirripó, Costa Rica’s highest point at 12,532 ft (3,820 m). Hiking this trail is one of the best ways to take in the beauty of this country. Colorful flowers dot the landscape, monkeys roam the jungle and the terrain is varied. It’s a strenuous and steep hike to the top. The best way to get the most out of your efforts is to wake up early to enjoy the sunrise. On a very clear day, you’ll feel on top of Costa Rica with wide stretched views of both the Pacific Ocean and Caribbean Sea. An added bonus is there’s hot springs to nearby to relax in after this tough hike. 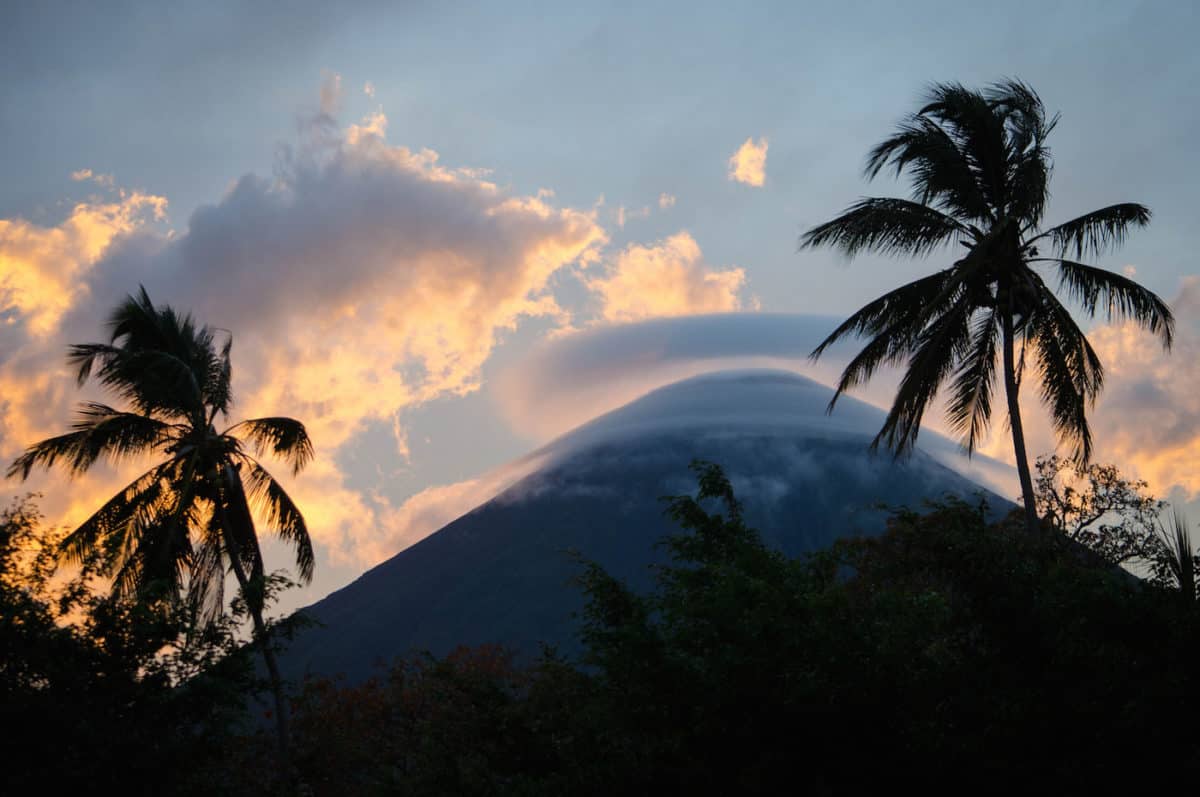 Nicaragua is known as the land of lakes and volcanos. Here, on the island of Ometepe you can even hike to the top of an active volcano that’s in the middle of a lake! To reach the summit of Volcano Concepción and scramble back down to the base you’ll be in for a 10 hour grueling hike. The reward is once you reach the top you’ll be able to look into the volcano’s crater and see hot air burst out. This is one of the most difficult hikes on Ometepe but the view makes it worth it. 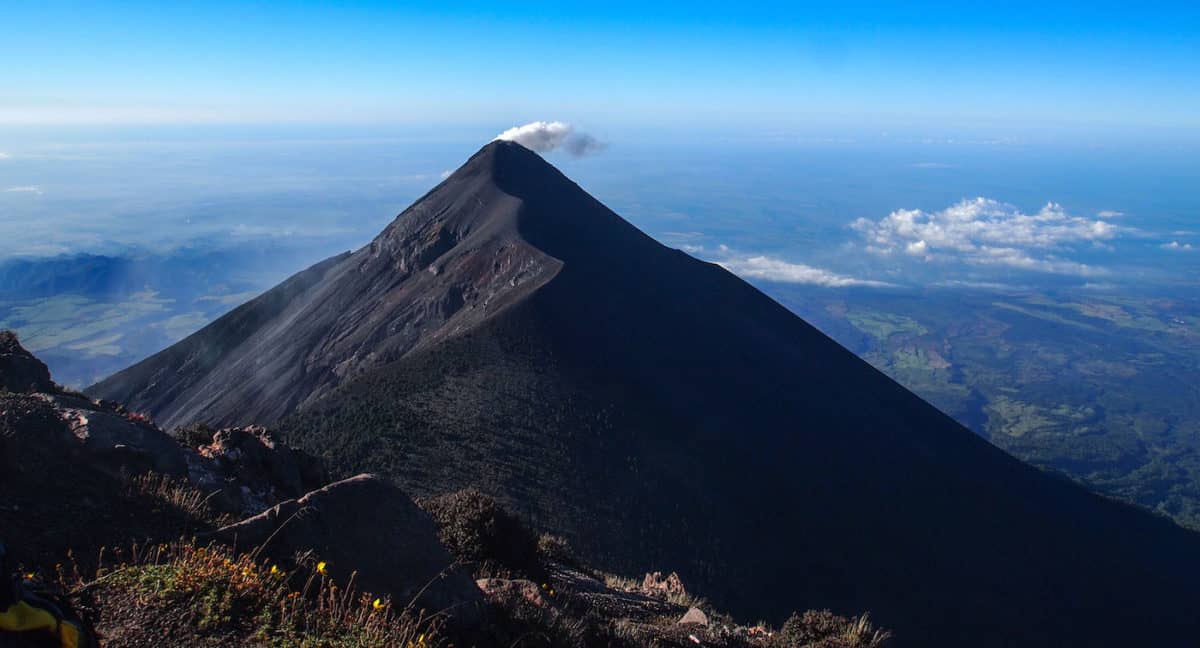 Acatenango is Guatemala’s third highest volcano. It last erupted in 1972 and has been dormant ever since. The climb to the top offers one of the most impressive views in the whole country.  Unlike some of the other volcano summits on this list, you’ll go through many diverse ecosystems. The trail starts with a climb alongside corn fields that cling to the steep slopes, then on through a cloud forest until you arrive to the volcanic zone, where the ground is black silt and there are no trees in sight. From the top you’ll get views of Lake Atitlan, and Acatenango’s neighbor Fuego, the worlds most consitantly erupting volcano. 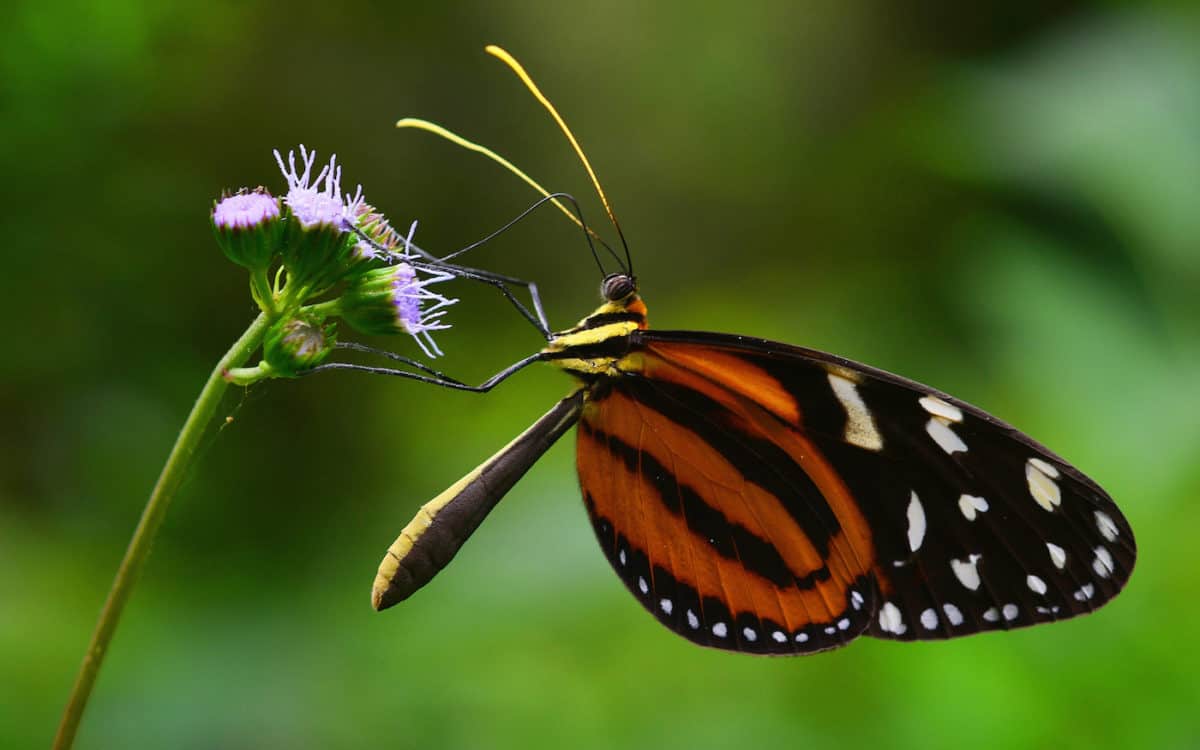 The Darien Jungle which connects Colombia to Panama is infamous for being a drug smuggling corridor. As you can image, it’s the least visited destination of this list. While attempting to cross the gap isn’t recommended, there are many hiking opportunities on the Panamanian side of this jungle in the Darien National Park. Due to it’s remoteness and the fact it is relatively untouched from the outside world, the Darien region of Panama remains one of the most bio diverse places in the country. It’s home to indigenous Kuna people, hundreds of species of wildlife and plenty of poisonous insects and frogs. If you want a real off the beaten path adventure, the Darien is the place for you. 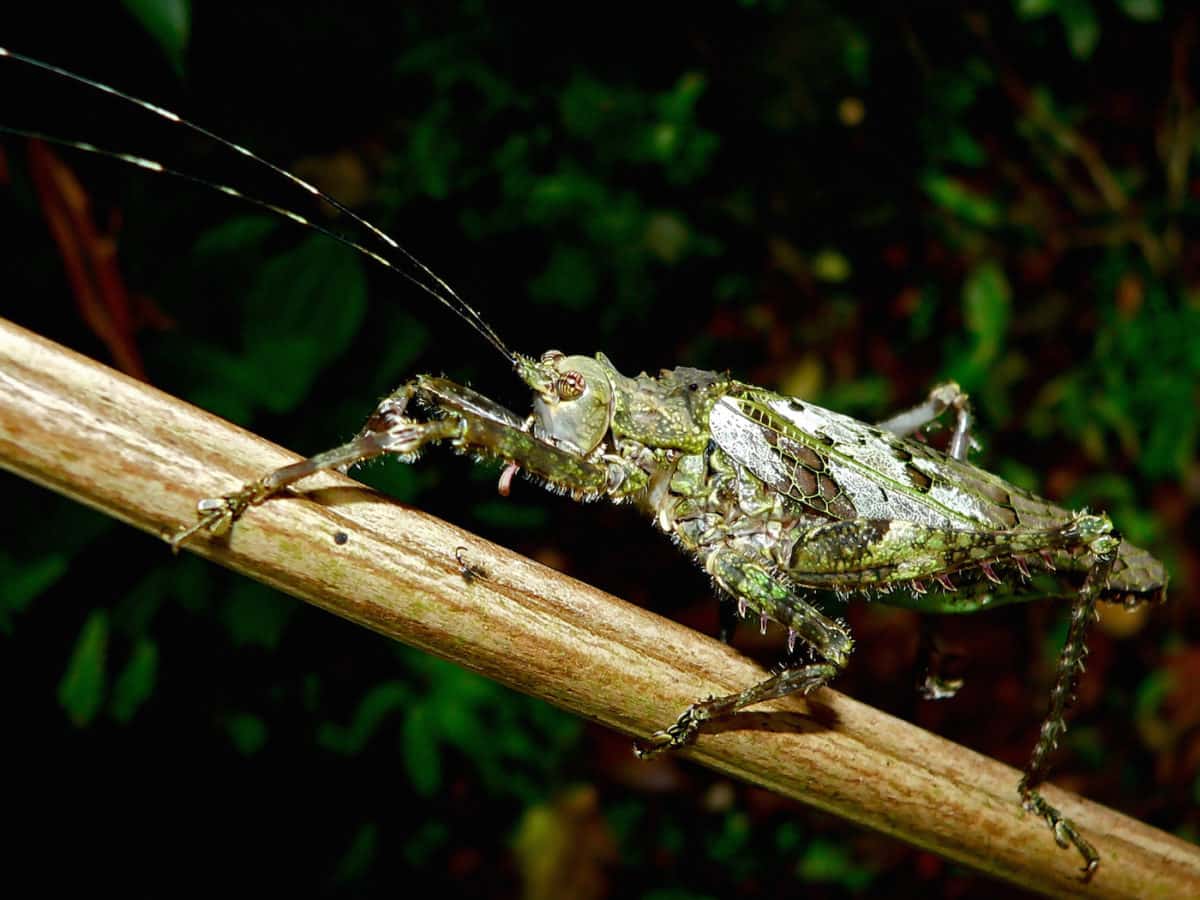 Monte Verde is one of the most visited places in Costa Rica but that doesn’t mean it isn’t worth a visit. The cloud forest is home to the world’s largest orchid collection, thousands of species of plants, insects, birds and mammals. It’s easy to feel close to nature as you’ll be surrounded by a world of green on this hike. The circuit trail is 14 miles (23 km) long and takes 1-2 days to complete. 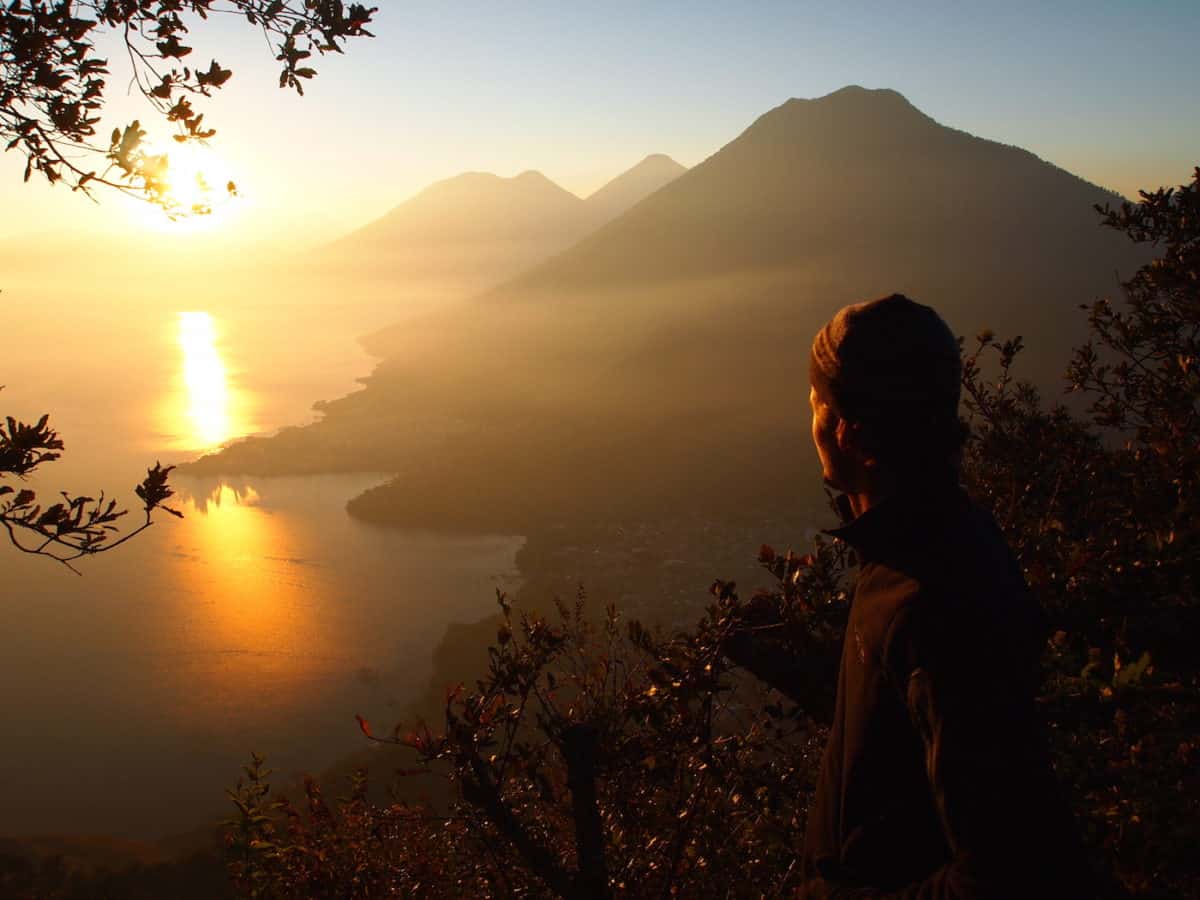 Lake Atitlan, located in the highlands of Guatemala is an enormous lake surrounded by volcanos. There are a few hikes to choose from but the San Pedro Volcano hike is one of the most popular. After 3-4 hours of hiking you reach the top where you can get an impressive view of Lake Atitlan and the surrounding volcanoes. 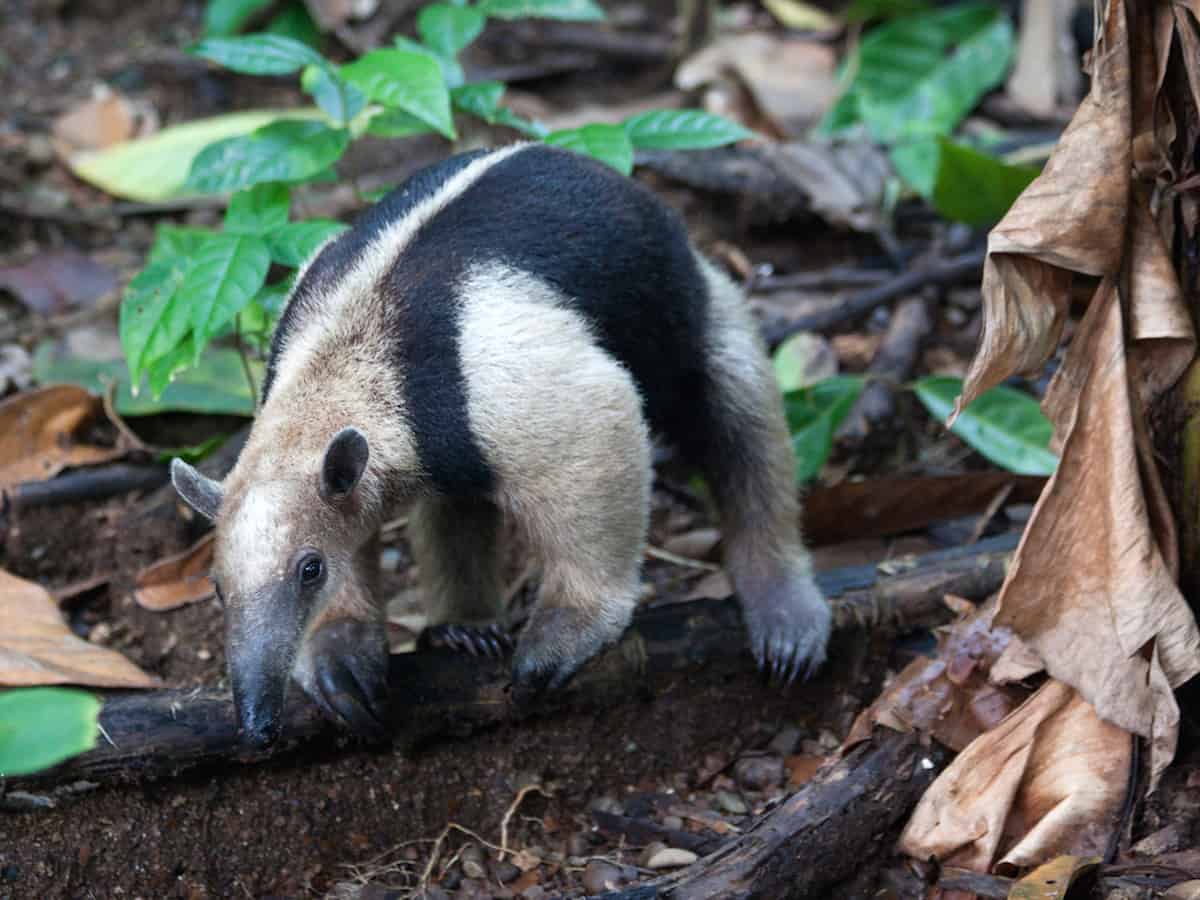 If you want to spot wildlife, Corcovado National Park is the hiking destination for you. The trails will take you along deserted beaches and into the lush tropical rainforest. Here monkeys jump from branch to branch, anteaters roam the jungle floor, sloths lazily cling to the trees and scarlet macaws fly over head. This national park truly is a nature lovers paradise.